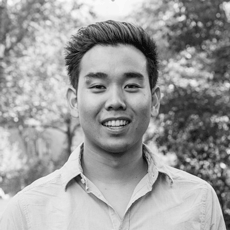 Launching on Product Hunt has become like a rite of passage for startups in this day in age. At Guru we have been patiently waiting for this day to come for a while now. We had our PH launch checklist ready to go in Trello as early as July! Yet, as we continued to see the community at PH evolve, we were left wondering how our B2B product targeted at SaaS sales teams would fare against the multitude of interesting, but often wacky consumer facing side projects, stock photo aggregators, and design templates that tend to perform so well on Product Hunt.

Before we dive into the analysis of our day on PH let's tell you a little bit about our product first. Guru is a browser extension that acts as a layer of knowledge across the apps your team uses everyday. A huge problem with other knowledge repositories like internal wikis is that content gets stale and thus is not trusted by those who need it (consumer facing teams) and adoption remains low. Our verification workflow keeps your knowledge accurate by reminding the experts on your team to update it when needed. We also integrate into apps like Salesforce for example, to surface knowledge contextually based on the specific industry or competitors in the opportunity record so your sales team no longer has to search through multiple chat and email threads to find what they are looking for. But enough talking, lets dive into the results!

The key to a successful launch starts way before you get posted to Product Hunt. After building our product for over a year and concluding our limited release program we were finally ready to announce our funding and launch to the public. We got featured by Techcrunch and were looking to keep the momentum going by getting posted to Product Hunt the next week. With the week following being Dreamforce, the annual gathering of all the greatest SaaS minds, we hoped that this spike in attention would help us stand out a bit more against the rest.

To ensure our launch on PH went as smoothly as possible, we relied on the advice of many launch guides that suggest having one of the 2,000 or so influencers post your product so that it goes straight to the featured page and not in the upcoming section. So with that said, huge shout-out to Clark Valberg at Invision for hunting us, you rock!

Finally, while we expected to see plenty of new signups and a flood of traffic from PH, we wanted to ensure we had a tangible goal to measure our success on launch day. With that in mind, we targeted getting into the daily recap email as one of the top 5 hunted products on that day.

We knew getting hunted early would be heavily influential in giving us some momentum from the International crowd before those in the U.S. started their day. So we got hunted at 5 a.m and looking at the results from Google Analytics, it's clear that we benefited greatly from the early morning rush. 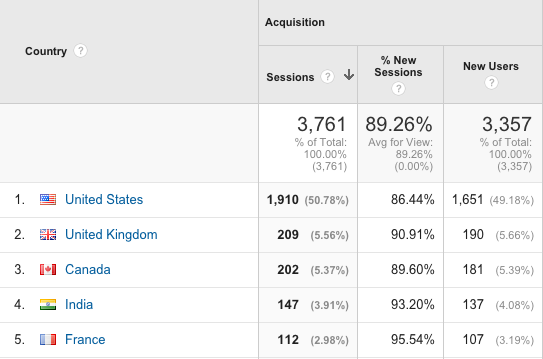 On launch day, almost 50% of our traffic was from people outside the U.S! That translated nicely into our new user signups, as around 50% of them were from International locations as well. Getting posted early was crucial to our success on launch day.

After getting posted in the morning, the rest of the day was devoted to replying to comments on our listing and fielding customer support questions within our product as well. Our slack channels were blowing up!

Taking a look at the comparison in traffic between Techcrunch and Product Hunt we can see some interesting trends. Overall, Product Hunt drove more traffic to our site, but with higher bounce rates, and a shorter average session duration than Techcrunch. However, given Product Hunt's B2C leaning community, we were not that surprised by these results. 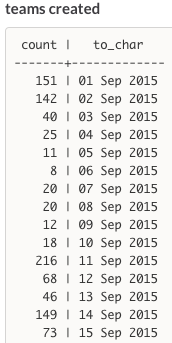 Looking at the traffic from Product Hunt by day, the extra spike of new teams created on September 14th was due to Guru being included in the weekend recap email. We ended up being the #2 most upvoted product that weekend, which led to lots of love from people on Monday when they received the email.

Understand the benefit of the recap email

When we stated that our goal was to be included in the recap email, we did not imagine that email would drive as much traffic and sign-ups as it did. Interestingly, our plan was originally to be posted on Product Hunt that Wednesday, but with the Apple keynote being that day we pushed it back to Thursday. Then, things out of our control led to it being pushed back another day to Friday. We were definitely worried since the analysis of Product Hunt data suggested to post during the middle of the week, but in reality it could have been a blessing in disguise. While there may have been less traffic to our listing on Friday, there also could have been less competition for us. Since we were the #2 post that weekend, getting in the Monday weekend recap email was like we were being hunted again! The traffic and new teams created numbers seem to back this up.

The biggest benefit for us ultimately was not the increased signups, but the valuable feedback from the Product Hunt community.

Comments like these are where Product Hunt's community shines. If 3 separate people took the time to comment on how our value proposition and use cases for Guru were unclear, who knows how many others were thinking the same thing, but just uninstalling our product. For us, this is Product Hunt's true differentiator from other popular launch/sign-up channels. The ability to receive instant feedback and for us to be able to interact with the community has given us actionable steps to take to improve our messaging and product in the coming weeks.

Perhaps the most important lesson we learned was a successful Product Hunt launch can take all shapes and forms. We read every guide we could, and tried to perfectly engineer our Product Hunt launch, but pretty much none of it went according to plan. We didn't have a unique landing page (scrapped it at the last minute), didn't post in the middle of the week, and had a bunch of our friends tweet about upvoting us (Sorry Ben!), but still ended up reaching our goals. So, control what you can, but don't worry too much about the rest.

This is just the start for us at Guru though. Now it's time to continue our momentum from launch, track the retention of these Product Hunt cohorts, and continue to build upon our product to fulfill our mission to reinvent the way your team shares knowledge.