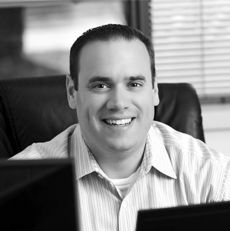 The most fun and stressful time I've had as a sales leader was during the early days of Boomi's iPaaS (Integration Platform as a Service) solution in 2008. We were striving to do to the integration space what Salesforce did for CRM, bring SaaS advantages to a market that was still squarely in the on premise software world. When we started out, no one had heard of Boomi or an integration platform delivered as a service.

Given how mission critical integration is at many companies, we knew we had a serious uphill battle on our hands. We not only had to help evangelize the advantages of delivering an integration solution as SaaS, but we needed to get prospects to believe that Boomi was the right company to partner with moving forward.

During this time, we learned an incredible amount as we looked to discover a repeatable sales motion. Ultimately though, there were 6 key learnings that helped Boomi become the leader it is today:

Use your sales execution advantages

This one may be obvious, but early on we learned that we needed to focus on our sales execution advantages. Each prospect brought with them a number of changing variables (applications that needed to be integrated), so our sales cycle tended to be a bit more on the consultative side. There was no 'order taking' in our world. Price often times didn't even matter early in our sales cycle. After all, our iPaaS solution was brand new to a market full of legacy/on premise vendors. Showing value was the first goal in the sales cycle.

We felt we had two sales execution advantages over the more established players in the space: sales team agility and our free trial, which was easy to get up and running.

We were successful when we were able to use both to our advantage. A typical engagement for us entailed our sales rep quickly understanding, at a fairly detailed level, the needs and pain points of their current integrations (or lack there of). Once this was gathered, our rep leveraged our agility to coordinate the internal resources necessary to ensure the prospect would immediately see value in Boomi as their next step. Given our size, we did our best to ensure we were the most responsive vendor they interacted with, essentially helping the prospect set the selection criteria for the rest of their evaluation process.

We were often flexible on how this next step was delivered, but our most successful prospects wanted to actually 'see' how Boomi would solve their current pain points. This might be a custom demo, connecting demo instances of their applications (ie...Salesforce & SAP). Or, it could be us supporting them in a 30 day trial to actually connect their systems.

We found that prospects that made it to this stage had a great win rate. Since Boomi was a SaaS platform, and the competition was typically on premise or custom code, we were able to mobilize resources and leverage access to 30 day trials incredibly quickly for the customer. Our advantages often had prospects making a decision on Boomi before the more established players could even engage on the sales side.

This one was tough early on, but once we found the right sales motion, we ultimately found that saying 'No' to prospects was the right thing to do if the requirements were not a good fit for us. We didn't want to waste time being 'column fodder'. And when we did win the deal, we found out the hard way that these deals ended up being an incredible resource drain and often times ended with a negative perception of Boomi because we were trying to fit Boomi into something it was not intended to do. Doing this allowed our reps to be laser focused on those prospects that were a fit, ultimately leading to even better customer success.

Your role as an evangelist

Being in front of prospects all day talking about an iPaaS solution that no one had ever heard of, we found our sales team playing the role as evangelists more than we liked. Given we were creating a new space, this was likely inevitable, but it was also a serious time drain on our already limited resources. We found out quickly that being tight on your sales execution is critical, especially early during the qualification step in the sales cycle. As described above, often times in our world there were custom demos or 30 day trials, so we did our best to hold the line with certain 'asks'. Those 'asks' could be as simple as getting the prospect to allocate time to learning during the trial or getting introduced to the right people. Ultimately, we used this to separate the legit prospects from the 'tire kickers'.

For us, there were 2 areas of resource constraint that we were keenly focused on. It's really important for startups to be conscious of their constraints and actively work towards finding ways to maximize resources, either through technology or better qualification in the sales process.

Since our sales motion typically involved showing the prospects value in their specific environment (30 day trial), our sales engineers were both an incredibly valuable and scarce resource. Sales reps being tight on the qualification was an important step before getting our sales engineers engaged, but we took other steps to alleviate the pressure of custom demos as well. Understanding that most prospects wanted to see a demo in the context of their application landscape, we worked to leverage our technology and setup what we called 'demo central'. This allowed our team to have a central repository of our most commonly integrated apps. Prep time was reduced, but still focused on the customers need to see their application environment integrated.

Your sales reps time is very valuable. Early on, we tried not to bog reps down with activities that took them out of sales mode. We worked to find a balance between the sales process & enablement needed to ensure the reps were knowledgeable and could accurately portray their business, and ensuring they had ample time to work their deals. Ultimately, we settled on short, weekly pipeline and enablement meetings and there would be check ins with reps regularly to ensure they had everything they needed.

Travel was a bit trickier. On one hand, face to face meetings can be incredibly important in an enterprise sale. On the other hand, our price point was relatively low, resource availability was scarce and because we were a 'as a service' solution we could deliver it online. So, a rep traveling for a few days had an impact. Ultimately, because we viewed customer success (#6 below) and having early adopter customer evangelists as critical to our long term sales goals, we did go onsite and used our best judgement when doing so. We often asked the rep to understand if it made sense for them to go onsite, 'what are you looking to accomplish by getting on a plane that we haven't tried already?' If the sales rep had trouble answering that question, they needed to tighten up the sales process first before going onsite.

For startups, selling was not just limited to the 'sales' team. Sure, sales was responsible for owning the prospect engagement and helping to coordinate resources internally. But, our entire company was focused on bringing successful customers on board. Our sales cycles could often involve our VP engineering, VP Product, CTO, VP Services, etc. to win the deal. As a sales org, we did our best to use these resources wisely, but we also weren't hesitant to show our commitment to the customer's success. This executive engagement often gave our customers a direct line for feedback and afforded them an executive engagement they would struggle to get with larger integration vendors.

Our leadership firmly believed in transparent communication to the entire company and did their best to help everyone understand company achievements, customer wins/loses and individual contributions to customer success (sales and other departments). For us, it was important for everyone in the company to understand the role their job plays in helping to win business and be recognized for their efforts. As you'll see below, ensuring customer success that are onboarded today will go a long way to sales as you grow!

Customer Success is your biggest sales asset in the early days

Selling a new product is hard. Don't make it harder on yourself by allowing those early customers to churn. You might not think that customer implementation, training or retention is the job of 'sales'. But rest assured it will affect your future sales if you start to churn those early customers because of poor implementation or training. It took us time to learn this lesson, and even though our solution was 'self service', we started to include better questions around training & implementation early in the sales cycle. This allowed us to ensure the customer had the skills to implement and if not, we could help augment those skills to ensure a successful implementation.

Those early customer champions are gold. Most startup have limited marketing resources/collateral. Leverage your champions wisely to give your solution the credibility it deserves in the eyes of your prospect and help augment your existing materials.