Why We Chose Philadelphia for our Startup (again)

I started my first company in Philadelphia in 2000. We had lots of ups and downs, but eventually found traction and were acquired by Dell in 2010. Boomi was based out of Conshohocken in the early years, as it was being described as "Philicon Alley" at the time. (worst. name. ever.) We then moved to Berwyn and Dell Boomi is still based there today, growing like crazy.

In 2013 as we were starting up Guru we didn’t give too much thought to where we would locate ourselves, other than deciding to be in the city this time around. We spent our first few months in Indy Hall before moving down the street into our own office.

So why Phila? What's going here that made us pick this place (again) to build a company? Here are my thoughts (in no particular order):

You can find awesome talent

"Talent gaps" are a myth. Or said differently, if you net out the challenges with finding talent in Philadelphia, it’s no harder than any other city. Yes, there are more devs, more ux people, more data scientists in other, bigger startup communities, but that doesn’t mean they are working at our startups. They have 5 competing job offers from fast growing massively funded tech companies offering amazing packages. You can find amazing talent in Philadelphia, and there are awesome universities here full of students who graduate and realize this city is a great place for them to live.

The community is open and embracing

If you reach out to the community, they will hug you back. Groups like PSLcentralize the community discussions so you can quickly understand what is going on. Over and over I hear how quickly new entrepreneurs get plugged into the community, and how kind everyone was helping them along the way. This is a great asset, and it’s possible because of the size of the startup scene. A smaller community means that it’s easier to get involved and get to know people. You don’t have to spend your time navigating the scene, but rather immediately you’re getting and giving support.

There are real companies here that are successful and growing

Every time someone gets to know the startup scene here, they are always blown away. If we have a challenge it’s not talking up our successes as a region. You can define success however you want; companies building products that customers want, growing fast, raising multiple rounds of venture capital, both locally and nationally, creating new jobs, or getting acquired by bigger companies. It’s all happening here right now.

If you are doing a B2B startup, you have a massive market of customers you can personally visit by train between DC and Boston. And we all know the benefits of visiting your customers in person.

Where you start your company matters less given the cloud world we now live in, so better to pick a city you love and build your startup there. Neighborhood by neighborhood Philadelphia has done an amazing job transforming itself while ensuring we embrace the places that, well, make the city awesome. 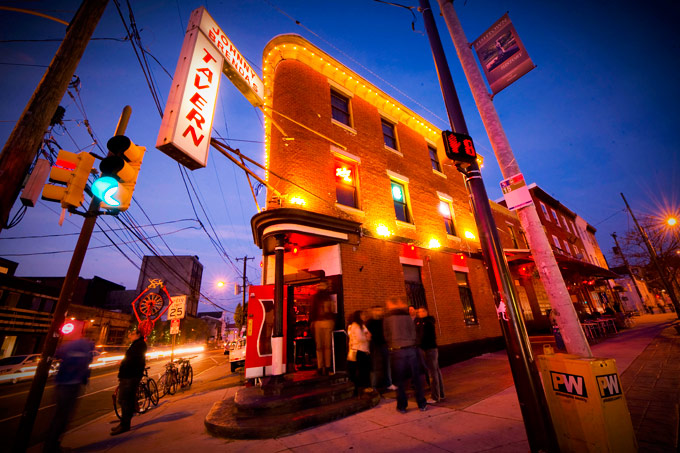 The one and only Johnny Brenda’s

You get more for your (investment) dollar

If are planning to raise money, the amount you raise will get you twice as far as other bigger cities by the time you add up cost for talent, office, transportation, food, etc.

I could go on and on...a supportive city government, regional early stage funding sources, great co-working space, it’s truly a golden age in Philadelphia for startups. It’s big enough that it’s exciting, but still small enough that it’s not too noisy. The supportive startup community, low cost of living, amazing universities, and great food, music, and art scenes make Philadelphia is an authentic City that you just don’t find very often and, of course, an amazing place to start a company.