Why Digital Is Still the Default at Guru 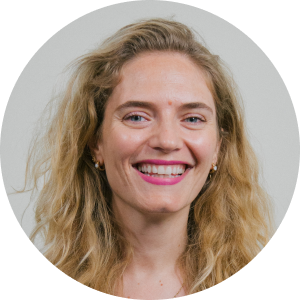 When Guru opened our Hub Offices in July 2021 (before the vast majority of our friends in tech) we knew there would be growing pains in the adjustment period. While we wanted our employees to “ease into” the return to work, it’s been said (of late by the NY Times and the Economist) that the hybrid work model is officially the worst of both worlds.

While Google is hosting performers like Lizzo to draw employees back to campus, others are letting go of and even making it difficult for employees who don’t want to return to the office routinely.

YOU'RE THE ONE WHO'S MISSING OUT, NOT US!

Seven months after re-opening our doors, we asked the Guru team what prevented them from coming into our hub offices and what would compel them to come in more frequently. The most overwhelming answer around why folx who live close enough to an office don’t come in?  The commute (this is consistent with national data we’d shared in June 2021 as well). The most overwhelming answer for what would encourage people to go into the office more frequently? More food!

In her book Rituals Roadmap, Erika Swin’s research points to the organic connection and equanimity cultivated through dedicated meals and break times. Swin shares that it’s not necessarily about the particulars of the food itself, but about creating the space for consistent pause and breaking bread. It’s most important to note that facilitating these rituals is a humanized way to level a hierarchical playing field in an organization. A CEO and a recent grad new hire share the same grub, as equals.

According to Kevin Delaney at Charter,

"As companies around the country struggle to figure out how to convince workers to head back to headquarters and how to reconnect them once they’re there, food—with its ages-old power to motivate and to build community—is becoming an increasingly valuable tool.”

So, are snacks and paid lunches the key to keeping employees happy? Not quite.

Guru can’t yet change public transit or impact the weather, but we can invest in and evolve our company rituals. In addition to “more food,” we can share the ways in which we’re experimenting to evolve and improve the employee experience for our ever-shifting distributed team.

If we encourage 100% flexibility as to where our team works while establishing guardrails (rituals) as to how, we’ll create a distributed environment built on trust. Here is what we’ve tried on the quest for a digital-by-default experience that doesn’t drain us:

These are actual, human beings we’re talking about! We asked our employees what they wanted and we met them there. Over the course of two years, Guru’s remote employee population went from 6% to 50% (as of April 2022). This means we’ve quickly had to become an employer in states where we previously had no presence.

Marian Wright Edelman’s phrase “You can’t be what you can’t see” applies to leadership modeling and is something we highly recommend to create equitable experiences for a distributed team. Half (45%) of Guru’s Leadership Team (VP & C level) are fully remote. This signal has huge implications.

This establishes that being remote doesn’t make you less of a leader. Water cooler relationship-building with leadership that was once only available to those physically able to come to an office, is afforded to employees via informal office hours.

In seeking diverse opinions and experiences for better outcomes, our employees hold both a breadth of expertise and knowledge gaps. So, in an effort to live and breathe a knowledge-driven culture, we encourage employees to not only document and share expertise in Guru (we use our own product as our single source of truth) but to be vocal about when they don’t know something.

Approach every question with this energy

After searching for and not finding information, we celebrate the behavior of asking for guidance or help. For example, chances are, if one person doesn’t know the definition of FTUE (first-time user experience) there are others with the same question.

The key to the “no dumb question policy” however, is that the loop gets closed. Once that question is answered (say in Slack, Google Docs, Zoom chats), that answer is then added to Guru so the next person can search and self-discover this information instead of wasting time by asking the same question again to the same group of experts.

Doubledown on “guardrails” for meetings

A study Guru and Loom put out in late  2021 found that nearly half of respondents reported that “40% of time spent in meetings was wasted. Live and virtual meetings alike can facilitate nourishing human connection, but not if most people in the meeting are confused about why they’re there.”  Ask yourself:

Our way of working is made possible by fully embracing asynchronous communication. This communication style may be highly effective, but it’ll only work if you go about implementing it the right way. If you want to start making the shift to an asynchronous by default style of work, we’ve found a few practices that have helped us along the way.

At Guru, we now dedicate two weeks a year to team bonding. This means time, resources, and attention are hyper-focused on relationship building. If the distributed team commits to in-person bonding, we believe we’ll foster the empathy required to collaborate effectively virtually.

You don’t need company-wide events to bond. There are plenty of small ways employees can connect with one another. We encourage cross-team bonding and virtual serendipity via the app Donut (which matches employees randomly every month).

We don’t take ourselves too seriously and bring as much of our authentic selves as possible to meetings. We’ve had a blast weaving Tiny Desks (thanks NPR), talent shows, and Homegrown Hobbies into departmental meetings.

We know that some “experts” are saying that hybrid work is the worst of both worlds. But honestly? We have yet to see that. And we’re not just going off of our own personal feelings, the proof is in the feedback we get from employees.

According to one employee, Guru’s “reliance on asynchronous communication has changed the way I view modern work. I have never been more efficient and I feel like I have an actual work/life balance.”

If you don’t like going by anecdotal evidence, take a look at the numbers. We gauge employee sentiment (eNPS) by asking: How likely is it that you would recommend working at Guru to a friend or family member? Guru’s eNPS (Employee Net Promoter Score) continues to increase towards our goal of 80 (a score of 30 is considered good).

These positive results could be because digital-by-default content that is consistent and cohesive allows for a more inclusive experience. For example, every company meeting is produced with the remote employee experience in mind. Based on our last event feedback“ the quality of the content and effort teams put in to get us all aligned and on the same page is inspiring.”

Let’s circle back to that essential question: How does a company make it enticing for employees to come back to the office when everything is “digital by default”? The answer to that is going to depend a lot on the company itself, but we know companies won’t find the right balance without plenty of trial and error.

We have digital-by-default best practices that get tested constantly. For example, we’re testing holding our monthly Town Halls with a reception (meals, space for watching on a big screen) for office attendees while having presenters Zoom in from a desk. We don’t know if that’ll be the key to getting employees interested in coming back to the office, but we’re happy to find out! 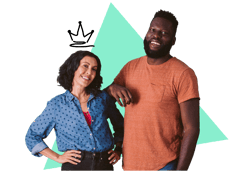 We’re introducing internal communication and knowledge-driven culture behaviors and best practices to new hires more formally. This allows them to get used to our digital by default culture quicker and sets them up for success early on.

Bottom line: There aren’t enough fancy bento boxes and Lizzo appearances to bring people back to a stale office culture that works against them. That’s why we’re championing asynchronous communication, experimenting with creating inclusive experiences, and doubling down on creating a knowledge-driven culture based on trust.

Let’s abolish the “sad desk lunch” for good.  Aside from the fact that your wilted desk salad is a bit more pricey than it was in 2019, we now know that there are plenty of ways for people to work well together. It’s time for companies to truly commit themselves to creating a work culture and environment that can work for everyone. We’re not saying that we know the answer, but we do know that we’re happy to keep you posted while we figure it out.