What’s the Difference Between Brand Positioning and Brand Messaging?

So you’ve decided to become a marketer. Welcome to the club! Before you get your swag though, we have one simple request: explain the difference between brand positioning and messaging.

What is brand positioning?

Brand positioning is setting the context for your product. The context in which your product appears has a major influence on the way customers think about it. When introducing a new product, customers will look for contextual clues to help them figure out what it is, who it's for, and why they should care. If you’re introducing a product with a premium look and feel, and decide to sell it in a drugstore, you may struggle to find a market, because customers will not know what to do with it. The inverse is also true.

Which purchase makes you more excited?

While most people intuitively understand context is important, we generally fail to intentionally choose a context because we think context is usually obvious. Remember: Positioning should be a deliberate, ongoing, and collaborative effort across the business.

What is brand messaging? 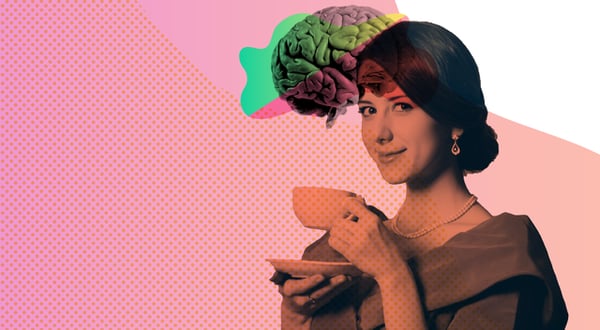 An easy way to remember the difference between messaging and positioning

Here’s a story that is frequently referred to by brand positioning experts:

In January 2007, The Washington Post ran an experiment in which Joshua Bell, an internationally acclaimed violinist whose playing was once described in Interview magazine as being able to accomplish "nothing less than tell human beings why they bother to live". The average cost of seeing Joshua Bell in concert? About $300.

The Post had him pretend to be a busker in the L’Enfant Plaza DC Metro station to see how people would react. Would the clarity and skill of his playing be able to outweigh the preconceived ideas commuters had about subway musicians?

He’d clearly meant it when he promised not to cheap out this performance: He played with acrobatic enthusiasm, his body leaning into the music and arching on tiptoes at the high notes. The sound was nearly symphonic, carrying to all parts of the homely arcade as the pedestrian traffic filed past.

Three minutes went by before something happened. Sixty-three people had already passed when, finally, there was a breakthrough of sorts. A middle-age man altered his gait for a split second, turning his head to notice that there seemed to be some guy playing music. Yes, the man kept walking, but it was something. [...]

In the three-quarters of an hour that Joshua Bell played, seven people stopped what they were doing to hang around and take in the performance, at least for a minute. Twenty-seven gave money, most of them on the run — for a total of $32 and change. That leaves the 1,070 people who hurried by, oblivious, many only three feet away, few even turning to look.

— Pearls Before Breakfast: Can one of the nation’s great musicians cut through the fog of a D.C. rush hour? Let’s find out.

Clearly the Metro station setting (positioning) was key here. The music (messaging), gorgeous as it was, was not nearly enough to break the perception that Bell was just some busker.

If this idea of positioning and messaging makes sense to you, congrats, and welcome to the marketing club!

How Good Product Principles Support Your Workflow and Team