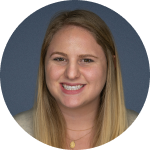 How are you cruising this week?! Nothing says ~a whole vibe~ like cruising on a skateboard, drinking cranberry juice, and bumping some Fleetwood Mac.

This week's snapshot of the knowledge you need:

Embrace the Journey: How Airbnb led with empathy

Nikola and their electric deception

On September 10, 2020 Hindenburg Research released a compilation of evidence as to why they believe Nikola (NASDAQ: NKLA) is an intricate fraud built on dozens of lies by its founder, Trevor Milton.

We're going to break it down for you.

But first, a little background. Nikola is an automotive company whose mission is to change the world with fuel cell and electric powered semi trucks. For years, Nikola boasted about their "game-changing" battery tech advancements, cheap hydrogen fuel and more. General Motors was so impressed by their claims, that it took a $2 billion stake in the company even though Nikola has essentially no revenue and has not produced a single truck. 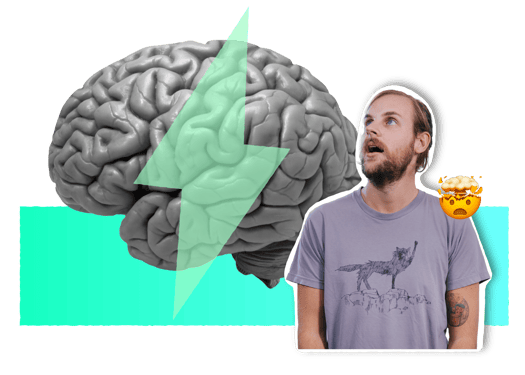 So, how were they able to deceive investors?

The report is quite extensive so we'll cover the highlights. Hindenburg Research argues that Trevor Milton has made a career of taking from others and claiming the technology as his own. For example, he will use off-the-shelf products from third parties while loudly claiming to have vast proprietary technology.

In 2016, Trevor Milton claimed they had a fully functioning prototype of the vehicle, when in fact, the truck could not power itself (let alone drive) so an electric cable was snaked up through the stage to deceive viewers. It doesn't stop there. In an effort to show "progress" to investors, Nikola shared a YouTube video of the Nikola One truck "in motion" on the road. Sadly, a former employee shared that the truck was simply towed to the top of a low grade hill, put in neutral, and let it roll down.

The lies don't end with the prototypes. Milton also claimed that Nikola Headquarters was completely off the grid with 3.5 megawatts of solar panels installed on the roof. Upon further review, there were no solar panels at all.

In June 2020, after years of deception, Nikola went public and added billions of dollars of liquidity and value. Trevor Milton continued to lie and claimed that Nikola produced hydrogen for under $3/kg or 81% cheaper than the rest of the world. You guessed it, in July 2020 when pressed on the subject, Trevor acknowledged Nikola produces no hydrogen at all.

The deception continues beyond the recap — including Trevor hiring his little brother Travis as Director of Hydrogen Production and Infrastructure (who had previously worked paving driveways in Maui), lawsuits from the former CFO, and so much more.

Trevor Milton has since stepped down as chairman of Nikola and Nikola called the accusations by Hindenburg "false and defamatory."

Want to get this Knews to your inbox?

Learning from the best: how Airbnb led through uncertainty with empathy

This week we will unpack the podcast episode How I Built Resilience: Brian Chesky of Airbnb and learn how leaders and entrepreneurs adapt in difficult situations.

"This has been, by far for us the most difficult thing that we've experienced since we started the company a dozen years ago."

When the pandemic first hit, travel companies like Airbnb felt the impact almost immediately. Travel stopped and they lost 80% of their business in eight weeks. They realized they were going to have to make some serious and difficult decisions.

The team cut over a billion dollars in planned marketing spend and quickly raised two billion dollars (over the course of 72 hours). However, they still had to make more cuts in order to stay afloat. 25% of their workforce to be exact (about 1,900 employees). Brian Chesky and his co-founders decided to approach the layoffs with a sense of humanity and be as generous to their employees as they possibly could.

Employees who were laid off were given a 14-week severance, health insurance for a year and activated their in house recruiting team to help them find new employment. In a letter he wrote to the company, Brian made an effort to show compassion and continued support for those affected in the weeks and months that followed. To this day, Brian hosts a weekly Q&A and is as transparent as possible. He continues to share his optimism and 'light at the end of the tunnel' outlook.

Although people are not traveling out of the country, they are traveling closer to home and Airbnb has seen a huge uptick in rural communities, non-urban, and small town rentals. While the pandemic has been one of the biggest business challenges to date for Airbnb, they have proven their resilience and continue to put people at the forefront and remain positive about the future.

Starting from a blank slate is hard. Writer's block kicks in and you find yourself staring at a screen for hours. What if you’ve been tasked with documenting your feature releases, competitive battle cards, internal processes (SOPs), brand guidelines, and other key information at work? That can be challenging.

We've created Guru Card Templates to help get you started!

"Our knowledge constantly changes as our team expands and evolves. Announcement Cards allow us to bring attention to new and updated information that directly impacts select roles across the team. This template helps Authors curate announcements efficiently and provides clear communication and predictability for Card Readers. Paired with the announcements Guru feature, our team can stay up to date on the knowledge they need to do their job."
Taylor Paschal
Knowledge Manager at Noom

We asked some of our customers like Slack, Noom, Square, and Freshbooks to outline examples of how they document their internal knowledge. Now their best-in-class templates are now available for you to use! Discover the array of themes in the 14 new Guru Card templates to combat writer's block, inspire creative new ways to document company information, and keep your teams on the same page.

Knewsletter: The Curbside Pickup, Tips to Ask for Help, and Thrasio

Be the Best Informed Voter You Can Be