Group Demos: Confessions From Both Sides of The Table 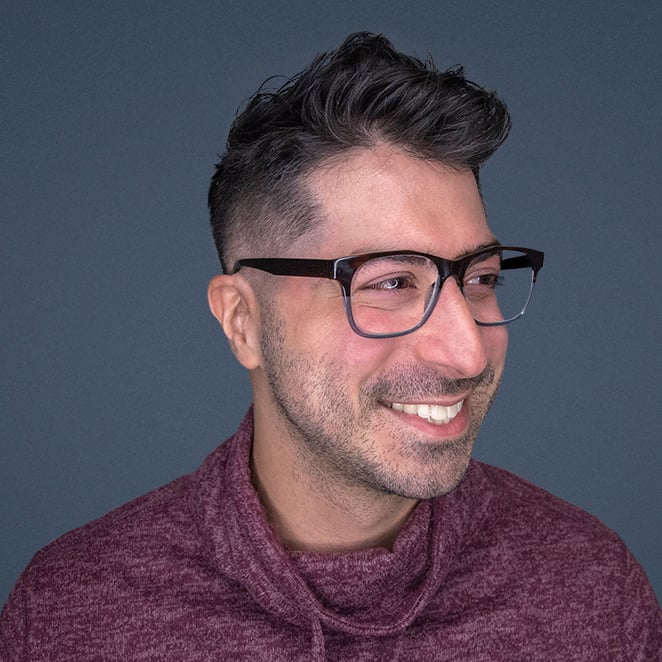 “Let’s just give everyone a few more minutes.” It’s 9:02 am, and the words hang in the air as both sides of the group demo finish getting into character.

On one side of the video call, the sales rep takes a deep breath and waits, wondering why he opted for that fourth cup of coffee on the train ride in.

On the other, the rep’s champion smiles nervously, believing that she’s vetted a fantastic solution that will not only help the organization overcome its current challenges, but also make her look great in the process.

In the back of the room, the executive sponsor taps out one last early morning email on her phone, her mind in a million places at once.

Finally, the hater shuffles into the room with a scowl, shuts the door, unconvincingly muttering “Sorry I’m late.”

Group demos sound like a time saver in theory (Let’s get everyone in a room so we can align on what we need and determine if this product is a fit); in practice, however, the time savings almost always come at the expense of effectiveness. Audiences rarely leave a group demo feeling aligned on their strategic, organizational, and personal opportunities, or with a better understanding of potential solutions. Meanwhile, sales reps often walk away from group demos feeling like they’ve failed to effectively convey how their solution can help the audience overcome their challenges in a new and differentiated way.

To better understand this strange but necessary environment, I decided to solicit feedback from multiple people within each of a group demo’s four key personas (sales rep, executive sponsor, champion, hater), supplying the cover of anonymity in exchange for their candor. Though these people spanned different companies of different sizes and industries, a few common themes emerged.

Sellers, what follows is a behind-the-scenes peek at your next group demo. Despite what they’re saying (or not saying), this is what your audience is thinking. Discover how to improve the experience on both sides with three actionable takeaways for each persona. 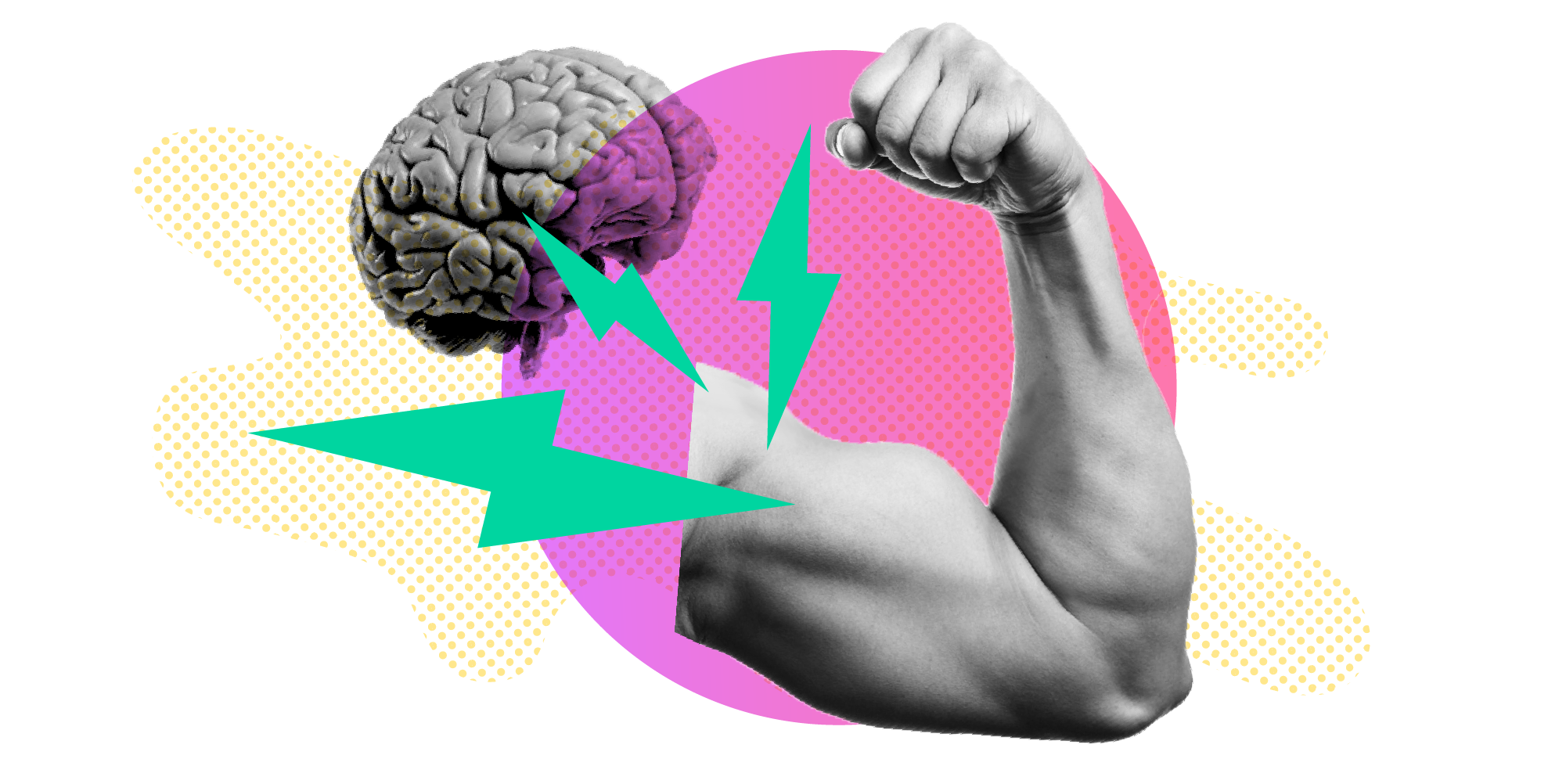 “I’m always looking to see if there’s an easier or cheaper way to do whatever we’re doing at all times. I’m trying to determine if this is a must-have or a nice to have.” —Executive Sponsor

“I’m turning to my team and asking how do we do this today? Why is this better? How much time will this save you? How much money?” —Executive Sponsor

“I’m trying to figure out if my team is just bitching and trying to find a shortcut for their own day-to-day, or if this will make a meaningful impact on the business.” —Executive Sponsor

Unsurprisingly, the executive sponsors I spoke with hammered home the idea that in a group demo setting, their primary objective is to connect the solution to macro impact. The sellers that win are those that make the mental gymnastics to do so as simple as possible for these folks, who are typically busy focusing on higher-level initiatives.

The champ is here (aka fine-tuning the champion/seller relationship)

“The sales rep is a bit of a reflection on me to my colleagues.” —Champion

“One of my mantras is ‘I buy solutions from companies I believe in from people who are nice.’ It takes a LOT for me to bend one of those rules. I’m definitely more inclined to help an AE if they are nice. If they are not nice, I’m less inclined to go to bat for the solution, even if it seems like it’ll solve a challenge we’re experiencing.” —Champion

“There are tons of tools out there and many have feature parity, so sometimes it does come down to whether I’m feeling like an AE has really listened and respected me—giving me space, not going above my head, or by demonstrating (forwarding me emails or screenshots between them and their leadership) that they’ve really gone to bat for us.” —Champion

Imagine all the people (aka accounting for the differentiated audience)

“If I’m not going to be the end-user, I don’t care about end-user workflows, which is hard for the sales rep because there are people in the room who care about that.” —Executive Sponsor

“I’m OK with you asking tough questions about ROI in a group setting because ultimately I want my team thinking like that. However, you might have end-users in the room right out of college who don’t think that way, so they may tune out for that part of the discussion, just like I’ll tune out of the button-pushing and workflows piece.” —Executive Sponsor

“If you’re demo-ing me, but I’m not the DM or end-user, I’m going to call into question how well you know my role/function. If that happens, I’m immediately questioning the business impact of your product, because I’m not so sure you have your product-market fit for me personally dialed in.” —Hater

By nature, the most difficult aspect for both sellers and buyers in a group demo environment is the differentiated audience: multiple people with varying needs, levels of experience, and, frankly, importance to the outcome of the demo.

Is the juice worth the squeeze? (aka change management)

“First, I ask Will people use this? How does this change their daily routines? Can we easily manage the change? Does this need to become cultural or does it change our current culture at all? If so, how do we manage that? “Next is the level of effort in deployment: How does this impact other systems and processes in our business? Does this affect another person or department?

“Then I look at value related to our overall spend; spend is not just how much I need to pay for this new product, but also around change. That ‘spend’ is mental, emotional, and cultural. Essentially is the juice worth the collective squeeze? And, when all said and done, will the company, department, or individuals involved be in a better place to succeed toward their goals?” —Executive Sponsor

“In my opinion, every login you give your team adds a minimum of 15% more complexity to training/enablement/onboarding.” —Hater

Let’s be honest: in most organizations, in most sales cycles, with most buying committees… the problem your technology solves isn’t life or death. No one is going to get fired tomorrow if they don’t buy your thing. The business is not going to close at the end of the week. Payroll will still run and everyone will go home to their kids and dogs.

The flip side of that is that changing the way something has been done at a big, slow company for months or years can often come with a distinct feeling of yikes. “Sticking your neck out,” as our champion put it, to spend precious budget for a technology that doesn’t work or that people hate? Yikes.

Change management is a major hurdle in mid-market and enterprise buying processes; the group demo can be a make or break there.

An ice cold glass of Haterade (aka handling haters)

“Group demos are tough. If I'm not championing software, I'm pretty adverse to peers bringing in cross-functional software, to be honest.” —Hater

Anyone who has presented in a group demo setting knows the hater.

The person in the back of the room with their arms folded and the scowl on their face. The one who, despite being incredibly intelligent, consistently seems “confused” (how convenient) by your solution. The one who interjects with “this won’t work for us because the blue button at the bottom of the third screen would need to be red.”

I’ve tried a number of different tactics to prevent haters from ruining group demos—by which I mean ruining them for both me and the haters’ colleagues. Some say “Ignore them!” Some say “Spend extra time demo-ing to them!” Some say “Challenge them to an arm-wrestling match in the hallway!” (I made that up).

But… perhaps all haters are not created equal? Maybe there’s a subsegment of hater that, with care, could be an asset? 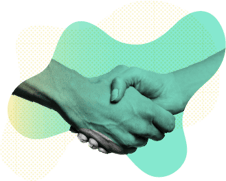 Check out the common theme in the quotes we’ve seen from haters: “If I'm not championing software…”, “If you’re demo-ing me, but I’m not the DM…”, “You'll want your champion to own the internal sales process.”

It seems that some haters could possibly be looked at as “former champions.” Perhaps they’ve run prior evaluations and sponsored other solutions, just not this one. They aren’t simply there to rain on your parade.

Want to learn even more about demos? Check out the “Just F*ing Demo” webinar from earlier this year.