Do You Know The Right Metrics For Measuring Productivity?

"The discussions about budget reductions come as Mr. Ryan has expressed annoyance with senior newsroom leaders at what he sees as a lack of productivity by some journalists at the paper. Last fall, he asked for the company’s chief information officer to pull records on which days employees held videoconference meetings, as a way to judge production levels, and found that fewer meetings occurred on Fridays, according to two people with knowledge of the matter.

"He has also grown increasingly frustrated that some Post staff members are still not in the office at least three days a week, the company’s policy."

What is the return-to-office movement really about? Sure, there are those who like the structure an actual office brings to their work lives (there are dozens of us! DOZENS!), but in many cases, it’s being driven top-down by leaders who aren’t comfortable with limited visibility into how employees spend their days. These leaders tend to think about productivity through a particular lens, namely that evidence of work is time at a desk, and evidence of productive work is time speaking with others about work.

In a remote-first environment, when the former can’t be proven, leaders can over-index on the latter — even though discussing work can sometimes do little to meaningfully move the needle on the work itself.

As Allison Palombo, Chief of Staff at Cake, put it in her Knowledge Fest session, “Remote-first is difficult for people and companies and bosses who are not comfortable with outcome-based metrics of success.”

We’ve seen evidence of this lack of trust in the proliferation of time-tracking solutions that give Worker Productivity Scores that negatively rank employees if they, say, take a bathroom break, and in reports like this one from Microsoft in which 85% of leaders say the shift to hybrid work has made it challenging to have confidence that employees are being productive. 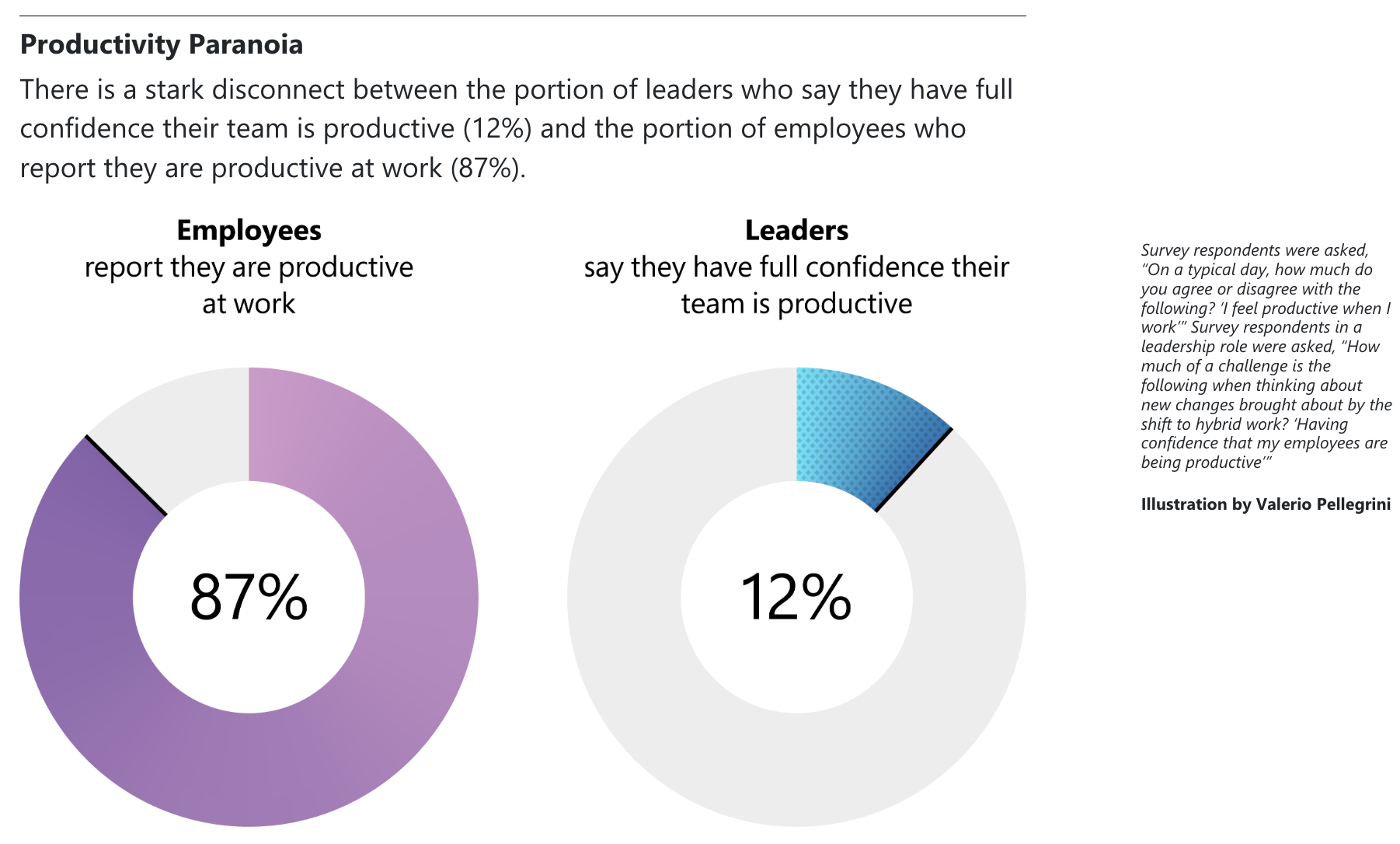 Source: Hybrid Work Is Just Work. Are We Doing It Wrong?

So, how can we fix this?

The root of this problem really comes down to compensation; employees should be compensated for their experience and expertise, while company leadership may believe that the only way to judge adequate compensation is to see who works the most. This is #hustle culture at its worst. It's incumbent on leaders to figure out what they're really paying people for—and it's not to be seat fillers.

“You’re supposed to be a trusted member of your team, but there was never any trust that you were working for the team.” — Carol Kraemer, finance executive (via The New York Times) 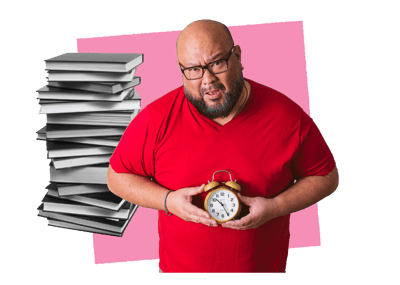 It’s worth pointing out here that productivity for company leaders looks very different from individual contributors or middle management. The focus is usually on delivering positive returns for investors — something that is outcome-oriented, but not something they can deliver directly; they must rely on the collective work of different organizations to each deliver on their own objectives.

While a CEO’s measure of productivity by nature has to involve days full of meetings, for the average employee, every meeting is time taken away from tasks on hand. And if the average employee is in fewer meetings, there’s less incentive to a) come into an office and b) work a standard 9-hour shift. Put simply, if a project is on track or delivered well, does it matter how much time it took? A time-spent productivity metric may perversely incentivize teams to take longer to deliver an outcome in order to show that it was a big effort. 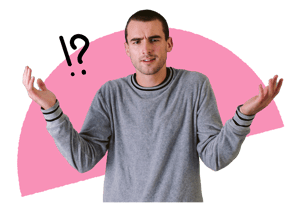 Time spent as a metric is a legacy of office-based expectations — look around at an office and you could judge who took too many breaks, took too many sick days, or “was productive” (aka at their computer… even if they were reading TMZ), and quite frankly, it wasn’t a reliable gauge even then.

But if leaders want to deliver for their investors, they must start trusting their employees to get work done, even if that means it happens at 9 pm from the comfort of home instead of at noon in the office.