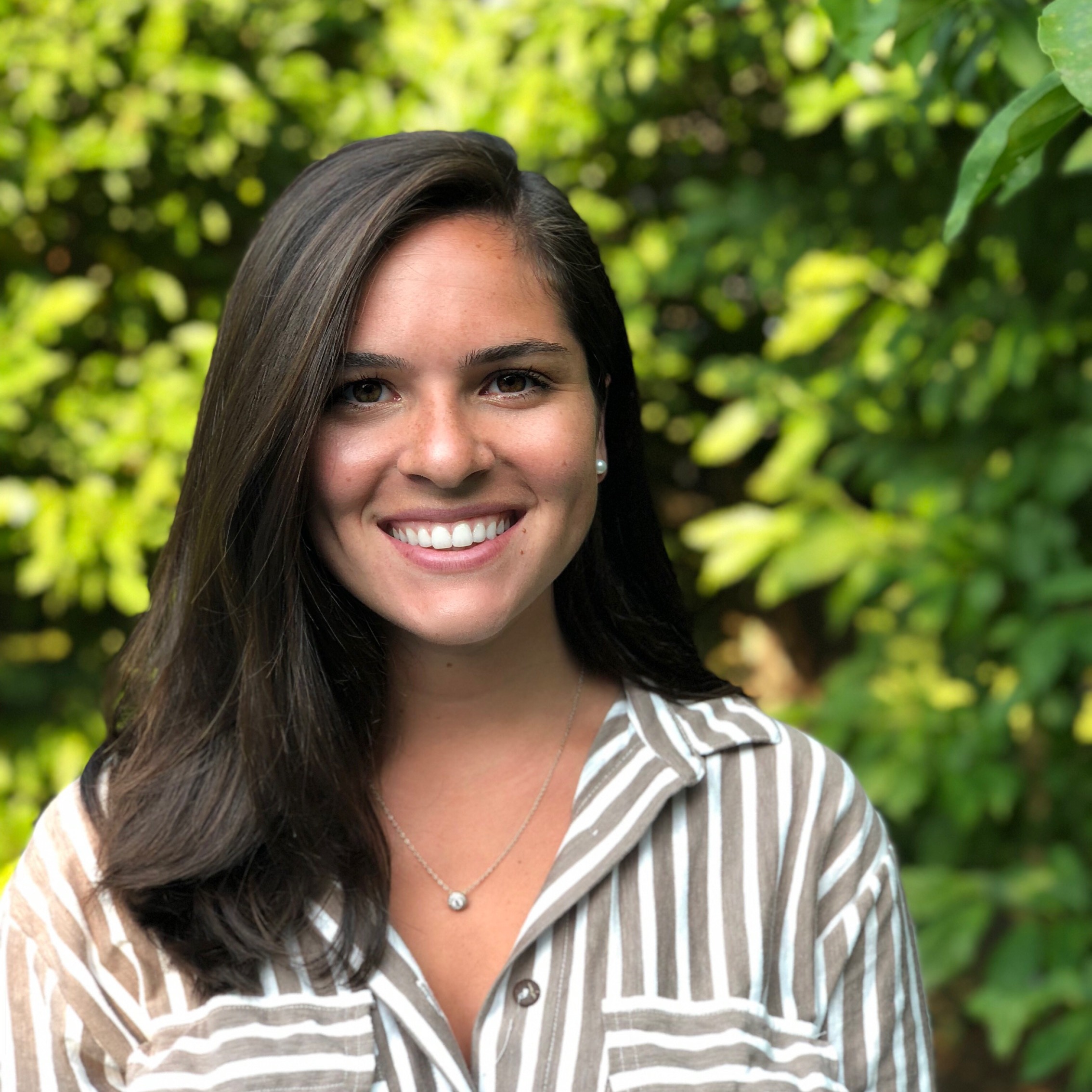 Happy Halloween from the guys and ghouls of Guru! We got into the spooky spirit a little early this year with a Halloween-themed bash. We’ve rounded up our favorite costumes from the night for a little last-minute costume inspiration. Here are some winning costume ideas that have been Guru-Verified for a screaming good time:

Pac-Man nostalgia, anyone? Our dev team stole the show as Pac-Man and the ghosts.

We’re all about our Philly roots at Guru HQ, so how could we not have three beloved Philadelphia icons? Eagles quarterback Carson Wentz, Rocky, and of course the infamous Flyers mascot Gritty got a lot of love. (Bonus points if you actually look remarkably like a Super Bowl champ).

Miranda Priestly? For Halloween? Groundbreaking. (But actually – this costume blew our minds). Check out everyone’s favorite villain from The Devil Wears Prada alongside Cady Heron from Mean Girls, Mia Wallace from Pulp Fiction, and Lydia from Beetlejuice.

“The worst part about Halloween was the Dementors!” - Guru head of product marketing Steve as Michael Scott (as “Prison Mike”) from The Office. Prison Mike was joined by Rachel Green from Friends, Rick Grimes from The Walking Dead, and Ned Stark from Game of Thrones.

Who doesn’t love a good Halloween pun? We got the Guru–Despicable Me mashup we didn’t know we needed in Gru-ru. Plus, we were graced by the presence of Datapool.

You don’t need to buy a costume to be a hit! Several Gurus made do repurposing funky clothes, most notably as Queen Elizabeth II, a hippie, two ‘80s ski instructors and Rosie the Riveter.

Other Gurus took the homemade costumes a step further by adding a little DIY. Check out the Morton Salt Girl, Waldo (as in “Where’s”), the dancing emoji girls, Deadmau5, and three web browsers. 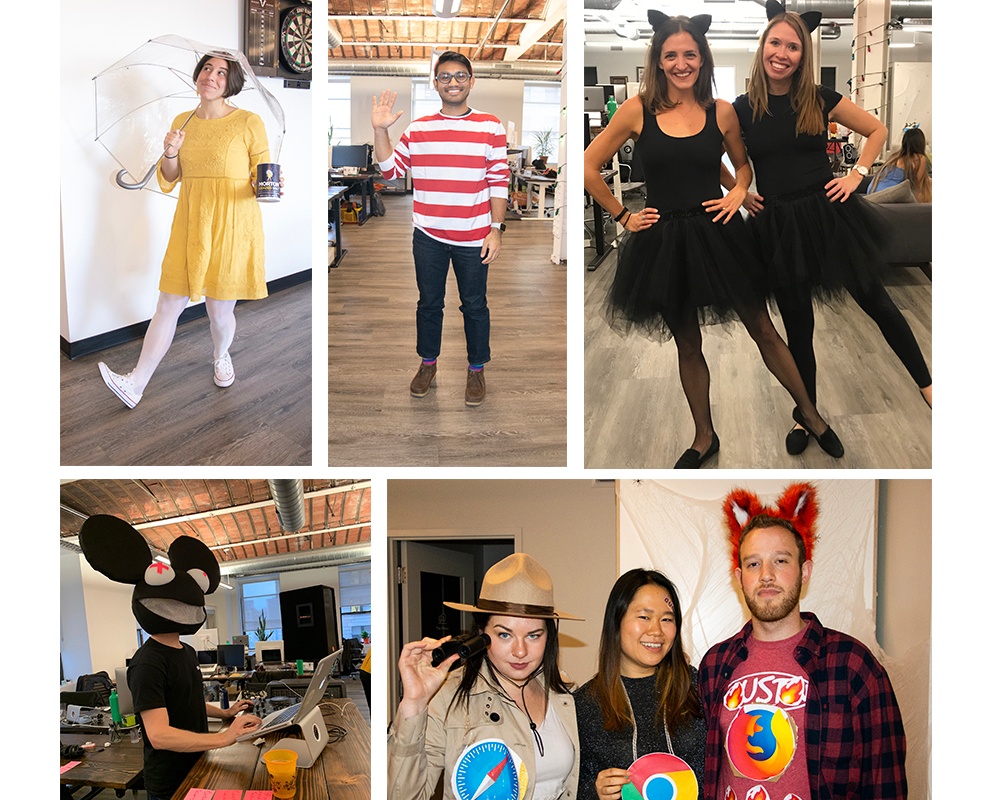 Sometimes you have to go all out! We got great laughs courtesy of a mad (data) scientist, a panda, and a pickle-banana combo.

It wouldn’t be a Guru party without a Guru pup. Kingsley hammed it up as Kingsley Zissou from The Life Aquatic.

And last but not least, three Guru babies landed in a three-way tie for cutest coordinated costumes. Even the most zombified of hearts melted over Goose and Maverick from Top Gun, Betty Rubble, Bamm-Bamm, and Wilma Flintstone, and the unexpected combination of Wednesday Addams and Peppa Pig. 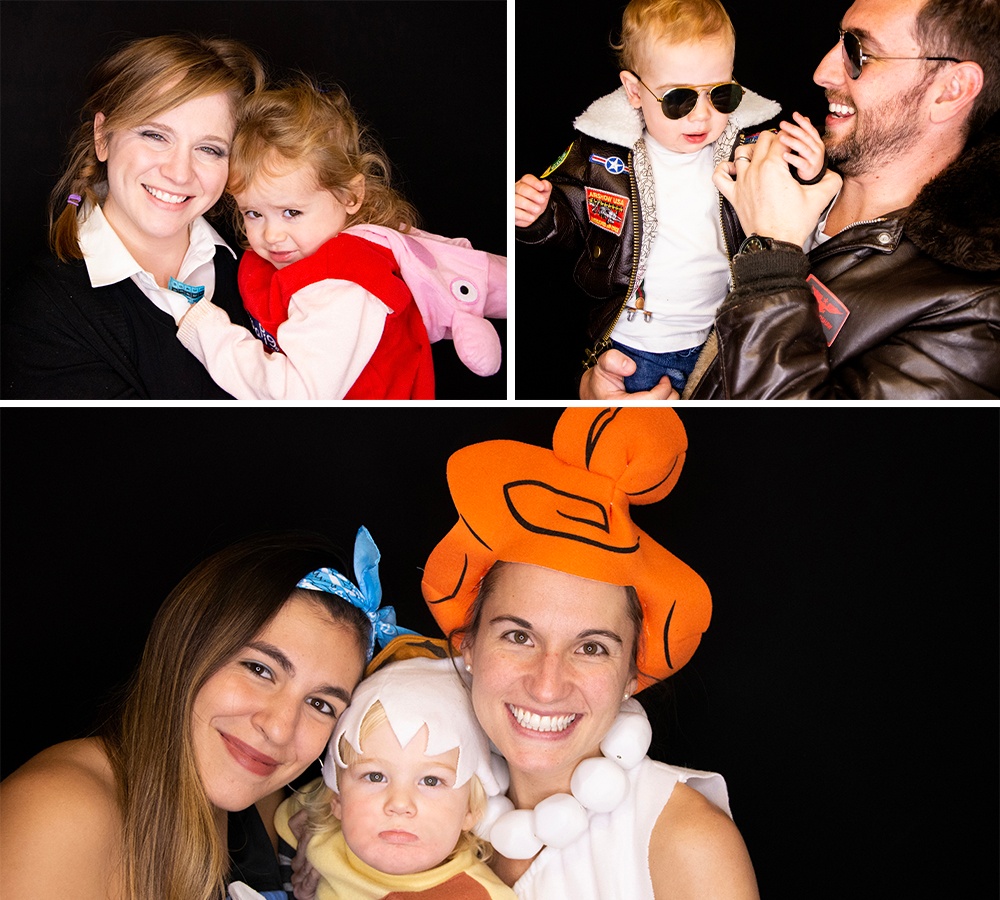 As we like to say at Guru, the Halloween costume you need to do your job should find you where you work, so we hope that some of our favorite costumes make it into an office near you. Happy Halloween!